Four years in remission and I’m still asked how I survived breast cancer and most importantly how did my daughters now 10 and 8 took the news. At the time when I heard I had breast cancer I didn’t think how or if I was going to survive. I knew I had no other option but to fight this battle and get through it for my two daughters who mean the world to me and a loving husband who was my rock during this time.

My daughters were 6 and 4 at the time and had no idea what was going on with me. After extensive testing I was told the cancer was in the beginning stages and it had not spread. Having lost a sister to breast cancer and after witnessing my mom’s journey who was also a cancer survivor, I elected to have a double mastectomy. The doctors suggested I do a lumpectomy but frankly I was so tired of mammograms and ultrasounds every year I didn’t think twice about double mastectomy. The entire mastectomy and reconstructive surgeries that followed took about 2 and half years. I was lucky and blessed not having to go through chemo because I wouldn’t have been able to hide everything from my kids as well as I did had I lost my hair.

I told them I’m going on a business trip for the week I had to spend in the hospital during my mastectomy. When I returned home I would just make excuses that I didn’t feel good and I never let them see me without clothes after that. I guess I’m among a lucky few with a strong family support that were there for me through the entire process and an amazing sister in law who drove me to all my doctor appointments. I was able to distract my kids from witnessing such a tough time in my life with many playdates and outings with grandmas and dad.

Some people told me I’m making a mistake and that my kids should know about my cancer. I don’t feel that is necessarily true. Why should I place such a horrible burden and feeling on small kids? They wouldn’t have processed such information about their mom having cancer as well as an adult. They would have thought they might lose me even though I was in the first stages. I will eventually tell them the entire story when they are older and their understanding of cancer and survival is more extensive.

I guess it is a personal choice a mother battling cancer must make about how much information to share with her kids. I didn’t see it as necessary or any good for me or my kids. Today am glad I made that decision and try to put all that behind me and pray for a healthy life for me and my family. 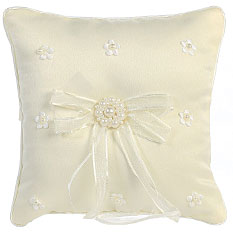